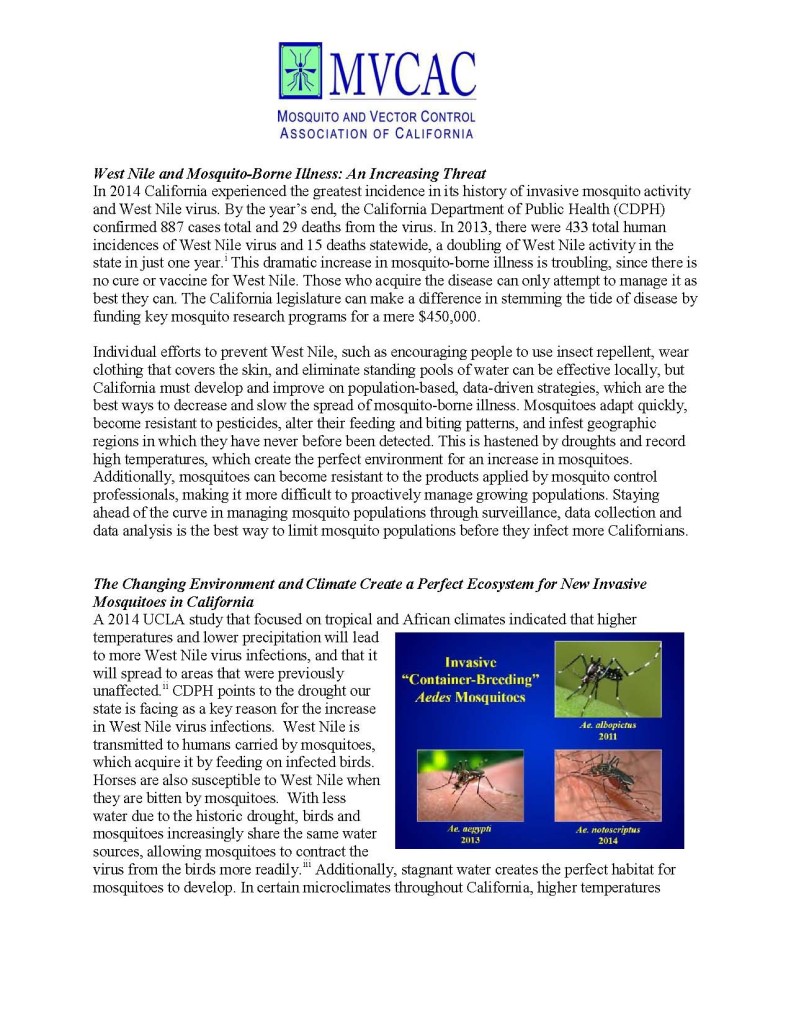 West Nile and Mosquito-Borne Illness: An Increasing Threat
In 2014 California experienced the greatest incidence in its history of invasive mosquito activity and West Nile virus.

The Changing Environment and Climate Create a Perfect Ecosystem for New Invasive Mosquitoes in California
A 2014 UCLA study that focused on tropical and African climates indicated that higher temperatures and lower precipitation will lead to more West Nile virus infections, and that it will spread to areas that were previously unaffected.

Using Data to Fight Mosquito-Borne Illness
California has historically provided funding for mosquito research, but that eroded in 2008 due to the state’s budget crisis.

Human and Economic Impacts of Mosquito-Borne Disease
A single mosquito bite can change a life dramatically. In spite of education campaigns and admonitions to wear mosquito repellent, it is extremely difficult to change human behavior and stop mosquitoes from biting.

California Can Be an International Leader
While these past programs produced reports, plans, tools, and techniques which have helped to curb outbreaks of mosquito-borne illnesses, the dearth of opportunities for new research tools has left the state stagnant when it comes to developing preemptory responses to new mosquito issues.