Honorary membership may be conferred on any person who has rendered exceptional, distinguished service in the interest of mosquito or vector control in the state of California. Nomination for this honor requires written endorsement by five or more Corporate Members addressed to the Board of Directors and accompanied by a written description of the individual’s qualifying accomplishments and achievements. Upon receipt of such an endorsement, the Executive Director will prepare a mail ballot and submit ballot and written description about the individual to all Corporate Members. Ballots must be returned within 30-days from the date of mailing. To receive special recognition through honorary membership in MVCAC, the nominee must receive two-thirds vote of the Corporate Membership, with the vote determined based on the number of timely submitted ballots. The results of the mail ballot will be announced at the next Association Board of Directors meeting after the ballot deadline. Honorary members pay no dues and they have no voting rights in the Association. The recipient may receive the award at the Annual Conference or any other Board meeting. 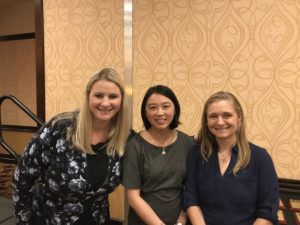 The William C. Reeves New Investigator Award is given annually by the Mosquito and Vector control Association of California in honor of the long and productive scientific career of Dr. William C. Reeves.

The award is presented to the outstanding research paper delivered by a new investigator based on the quality of the study, the manuscript, and the presentation at the MVCAC Annual Conference.

The MVCAC Trustee Achievement Award was phased out in 2006 in an effort to consolidate and streamline award categories.

Service with Distinction Awards may be conferred on those who have made a significant contribution to fulfilling the mission of the Association. They must meet the following criteria: Made exceptional professional or voluntary service in support of the advancement and continued excellence of the Association; have earned national or international distinction for their services in the subject of mosquito and vector control; have made a significant contribution to any local community within the jurisdiction of their agency and focused on mosquito and vector control.  Submission Process:

Upon receipt of the nomination documents, the Association President shall appoint an Ad Hoc Awards Committee. This award is open to multiple types of individuals; therefore, the president will appoint an Ad Hoc committee with members that represent the nominee’s demographic. This committee shall have five members, with at least one being a trustee member. Depending on the number of nominations, there may be multiple committees formed to make the decision on multiple nominees. The Awards Committee will submit their recommendations to the Board of Directors (via the Executive Director) to prepare the ballot to the membership. Service of Distinction awards shall be conferred by the same procedure as established for honorary membership in Section 5. Recipients of the Service of Distinction Award have no vote in this association.