MVCAC > Advocacy & Legislation > Legislative & Regulatory Issues
Local, state, and federal governments draft and pass legislation that may impact a mosquito and vector control agency’s ability to carry out responsive and effective control strategies to protect the public. Read about issues of legislative and regulatory concern to mosquito and vector control agencies. 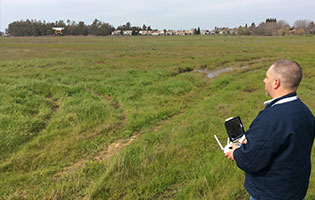 Vector Control Product Use and Availability: 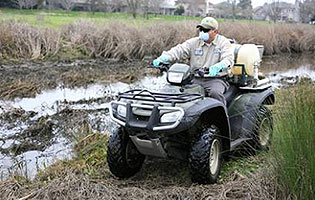 Mosquito and vector control districts rely on integrated vector management techniques to control levels of these organisms and reduce the risk of disease.  A key pillar in this system, use of public health control products, is always at risk due to limits on available chemistry and the development of resistance by the vector targets. MVCAC seeks to maintain the availability of these products for vector control and encourage development of new products to be used in a safe and environmentally-sensitive manner. 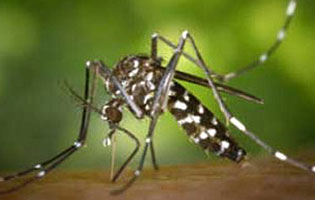 In 2011 the Asian tiger mosquito (Aedes albopcitus) was detected in Southern California. In 2013, the yellow fever mosquito (Aedes aegypti) was detected in Central California. Since then, there has been increased number of detections of these invasive mosquitoes through many parts of California. In addition to being a considerable nuisance, these species are capable of vectoring a number of diseases including chikungunya, dengue, and Zika. With traditional control methods being largely ineffective on these mosquitoes, there is need for increased funding to implement necessary large-scale operations and develop novel techniques for effective control. 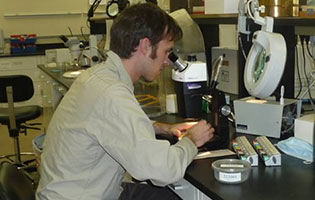 California has a long history of being at the pinnacle of research on mosquitoes/vectors and their associated diseases. Vector control agencies work closely with academic institutions to develop research and surveillance programs that have considerably improved the functioning of mosquito control state-wide. California used to support these efforts directly, but the funding was eroded in 2008 due to the state’s budget crisis. MVCAC seeks reestablishment of stable funding to this vital aspect of our public health mission. 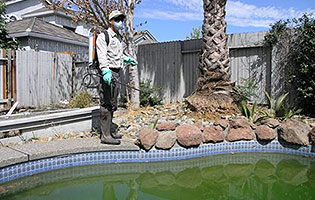 Standing water in natural, commercial, or residential areas can become a problematic source for mosquito production. Whether by design or oversight, water-holding features in new construction have the potential to become a recurring issue for vector control agencies. MVCAC seeks to have mosquito production potential factored into the planning and environmental review process for new projects.