From a summary by Kate Baggaley.  Popular Science. https://www.popsci.com/health/mosquito-virus-smell-sweeter/

Summary [partial]:  To understand how the viruses might use odor to aid their own transmission, Cheng’s team first demonstrated that when given a choice between dengue and Zika virus infected and healthy mice, more mosquitoes [presumably Aedes] tried to feed on the infected rodents.  The researchers then filtered out the chemicals … from the air around the rodents to mute the scent of their infections.   Without that cue, mosquitoes downwind of the mice attempted to feed on healthy animals just as often as sick ones.

The researchers next analyzed the chemical composition of the volatiles and identified 20 compounds that increased or decreased in Infected mice.  Using electroantennography, they found that acetophenone [a byproduct from Bacillus skin bacteria] prompted the strongest response.   Infected mice produced 10 times more of this compound than uninfected mice.  In choice assays, mosquitoes were more attracted to healthy mice or humans treated with acetophenone than those without treatment.   Treating skin of infected mice with alcohol to eliminate the bacteria eliminated mosquito preference.   Mammals typically produce RELMɑ proteins to counter act skin bacteria and production can be enhanced by vitamin A derivatives used to control acne.  Attraction to infected mice was reduced after the mice were fed compounds derived from vitamin A.

Note:  These interesting experiments were well done, but almost entirely used laboratory mice as hosts which have a different skin biota from humans.  Flavivirus infections in mice normally raise body temperature and increase respiration with more CO2 emission, but these factors did not seem to influence the results of these experiments.   These studies produced interesting insight into how arboviral infections may enhance transmission by increasing the frequency with which viremic hosts are fed upon and help explain how DENV and ZIKV can be transmitted efficient by low vector populations.

Out of the 750 mosquito samples the special district has tested in 2022, only one sample – collected between South Akers and South Linwood streets – tested positive for the West Nile virus.

“It’s common to get positive mosquitos, from what I have seen,” Community Education and Outreach Coordinator Erick Arriaga said. “But positive humans are a lot rarer.”

In response to the positive collection sample, the Delta Mosquito and Vector Control District will be increasing the amount of mosquito control technicians in the area “to reduce the number of mosquitoes and interrupt further transmission” of the virus.

A group of mosquitoes in Contra Costa County tested positive for West Nile virus, the first signal of the virus in the county this year, officials said Friday.

The mosquitoes were caught in a trap near Byron, about 30 miles away from where a dead bird tested positive for West Nile last week, just across the Alameda County border, in Dublin.

This week, Vector Control will conduct adult mosquito control treatments from 10 p.m. to 3 am.. in Anaheim and Buena Park.

County Public Health Agency officials issued a news release Aug. 9 confirming the local case, but they did not disclose the patient’s city of residence or other details, citing patient-privacy rights.

As of Aug. 10, 19 people in California have become infected with the virus, compared to 22 human cases reported at this time last year.

So far this year no one has died from West Nile virus in California, state officials said.

As of Aug. 10, the virus had been found in 33 California counties, compared to 31 counties a year ago. State health officials recorded 285 dead birds, 942 positive mosquito samples and 38 chickens infected with WNV, according to the state health agency.

CONCORD, CALIFORNIA – The Contra Costa Mosquito & Vector Control District reports mosquitoes from two locations in Contra Costa County have tested positive for West Nile virus.
The infected mosquitoes were caught in traps in Discovery Bay and an agricultural area east of Brentwood. The District uses this information to direct prevention and control efforts within the vicinity.
The confirmation of infected mosquitoes comes less than one week after the District confirmed chickens tested positive for antibodies against West Nile virus near Knightsen.
“We are seeing a typical summer pattern where West Nile virus activity starts in the warmer areas of the Central Valley and gradually moves west into Contra Costa County as our weather warms up.” said  Steve Schutz, Ph.D., s cientific programs manager.
Hot weather speeds both virus growth and mosquito development, and serves as an important reminder to residents to defend themselves against West Nile virus and other mosquito-borne illnesses.
Read more

Vector Control workers will use a helicopter to drop batches of solid, grainy larvicide on roughly 48 rivers, streams and ponds throughout the urban parts of the county, officials said.

The total area covered amounts to about 1,000 acres of water, and much of it can serve as breeding grounds for mosquito populations.

The poison is not harmful for humans or pets, but is deadly for any mosquito larvae who consume it, killing them before they’re able to grow into blood-sucking adult mosquitoes, officials said.

County workers last dropped the poison on May 9.

In addition to the larvicide drops, County Vector Control also treats about 1,400 potential mosquito-breeding areas by hand each year, gives out free mosquito-eating fish to the public, tracks down and treats neglected swimming pools, tests dead birds for West Nile virus and monitors for other potential mosquito-borne illnesses. 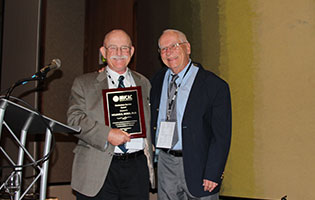 Both have received the required five nominations from member districts.

MVCAC honorary membership is reserved for individuals who have provided exceptional and distinguished service in the field of mosquito or vector control in California. To receive this special recognition, nominees must receive a two-thirds vote of the corporate membership.

This newly added award has received one nominee, Bob Azzaro, former Board president of Fresno Mosquito and Vector Control District.

Ballots are due back to the MVCAC office no later than Monday, October 16, 2017.

Please don’t hesitate to contact the office with any questions.

First Wednesday of the month at 10:00 a.m. January through October. The MVCAC PR Committee is now holding monthly Zoom meetings to exchange information, provide updates on subcommittee progress and…

For more information and graphics/videos to share on social media please visit: https://www.mvcac.org/news-and-events/mosquito-and-vector-control-awareness-week/

4th Wednesday from 2-3 pm All meeting zoom login information is behind the member login, please click here to access it.