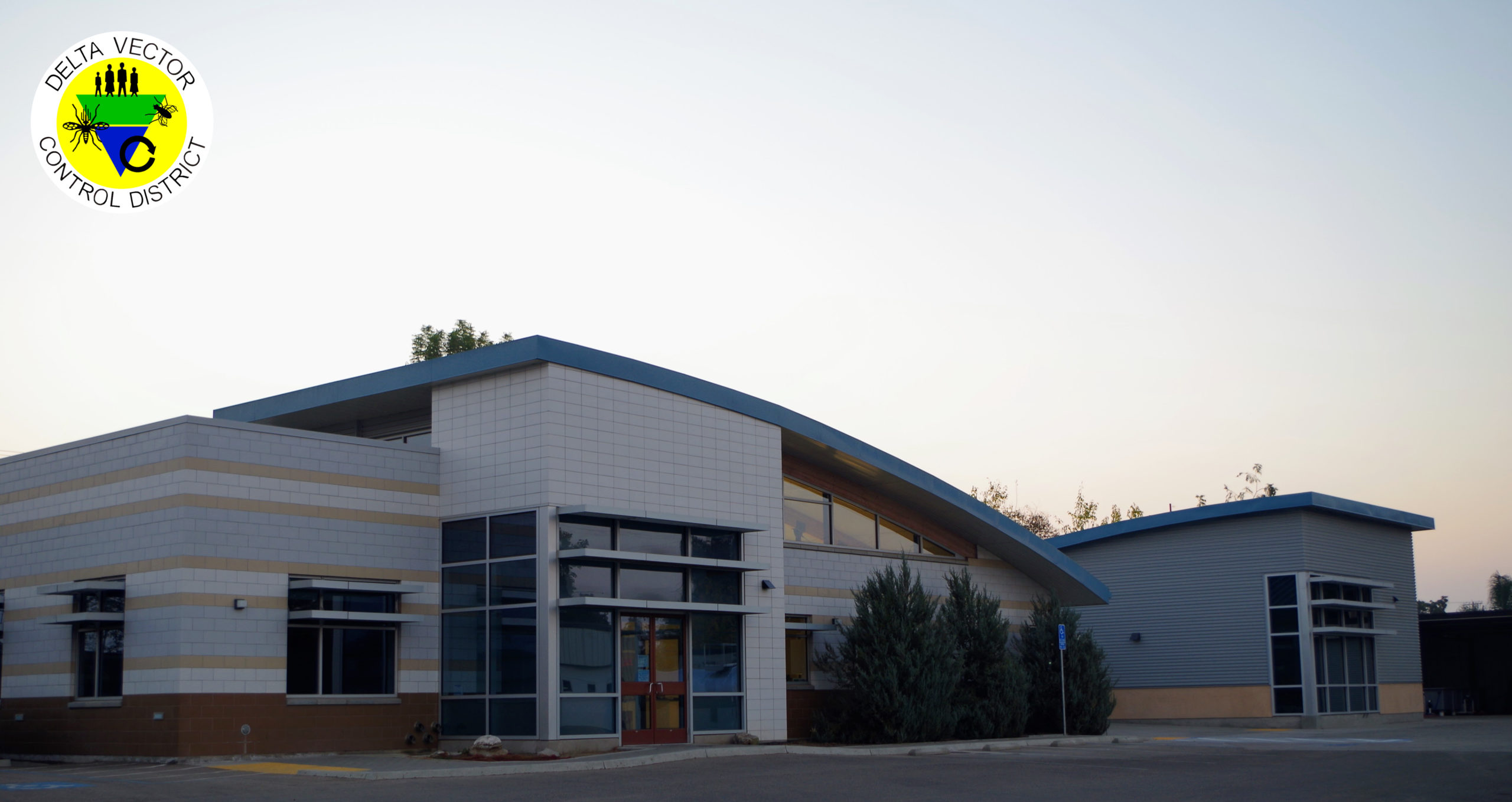 Delta Vector Control District (District) is proud to announce the opening of its most innovative facility to date, the Alburn Fish Hatchery. The hatchery is named after the District’s previous General Manager Michael Alburn and marks the end of a three-year building project. The project included the renovation of the District’s existing 699 square foot, semi-covered, outdoor mosquitofish facility and resulted in a new 925 square foot indoor mosquitofish facility with space for two new offices. 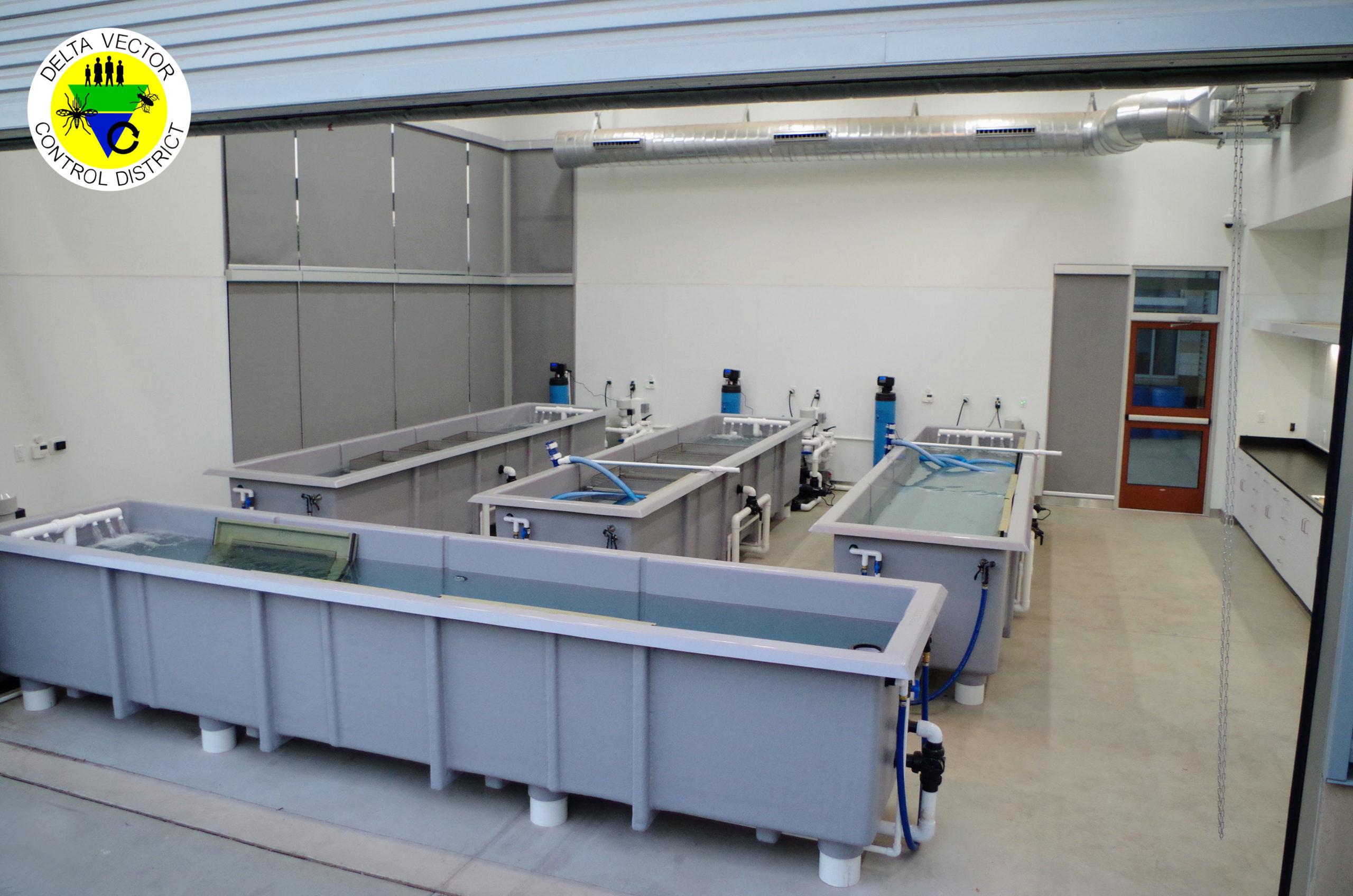 “In 2018, we realized it was becoming more difficult to stock our outdoor holding tanks by April and May, when we received most of our District service requests for mosquitofish (Gambusia affinis),” said Mark Nakata, District biologist.

The decline in mosquitofish stock was attributed to a number of factors including the challenges of overwintering fish outdoors, fishing in nearby outdoor ponds and reservoirs, and an increasing number of parasites and bacterial infections in wild harvested mosquitofish. The District decided to solve these ongoing issues by raising mosquitofish in a closed aquatic system similar to what many other mosquito and vector control districts use.

The District teamed up with Gambusia Solutions, which designs and manufactures filtration and tank systems for vector control districts, and purchased seven tanks and five filtration systems to meet the District’s needs. Each of the 3,000-liter tanks consists of a fiberglass body with reinforced steel that is covered in a UV resistant gel coat. Each filtration system consists of a bead filter, an 80W ultraviolet light, and ¼ HP Performance Pro pump. 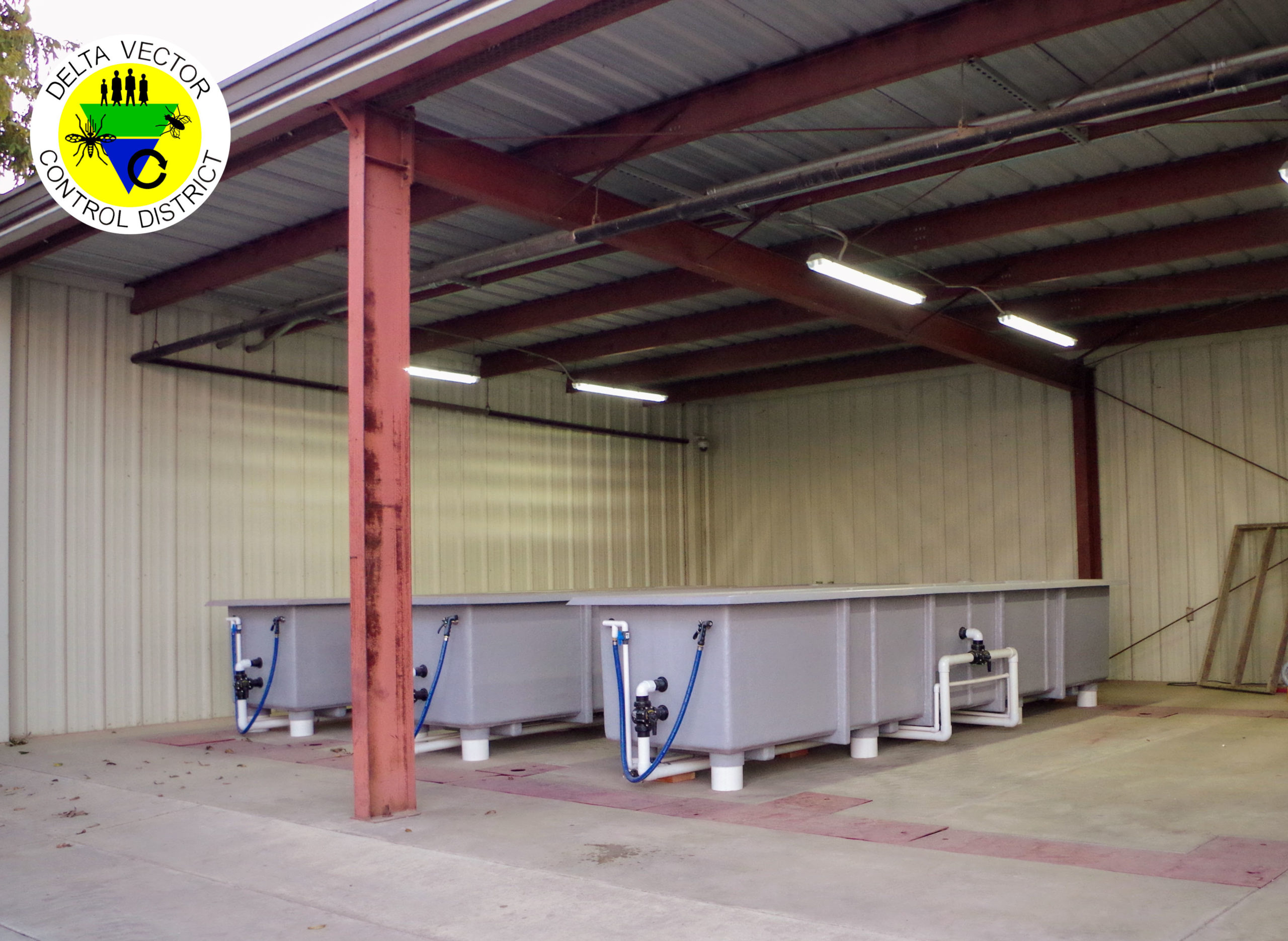 With the new facility and equipment, the District is able to have three tanks connected to one filtration system outdoors during mosquito season to serve as holding tanks for mosquitofish that are ready to be distributed to the field or residents when requested. Inside the new mosquitofish facility, there are four tanks, each running on their own filtration system to prevent cross contamination. Each tank also has an added 5.5kW titanium electric heater and a chlorine carbon water filter to remove any harmful impurities from the District’s water source. The birthing and grow out tanks are also housed indoors.

In addition to the tanks and filters, the new indoor mosquitofish facility features other notable equipment including mosquitofish feeders, lighting, and dehumidifiers. 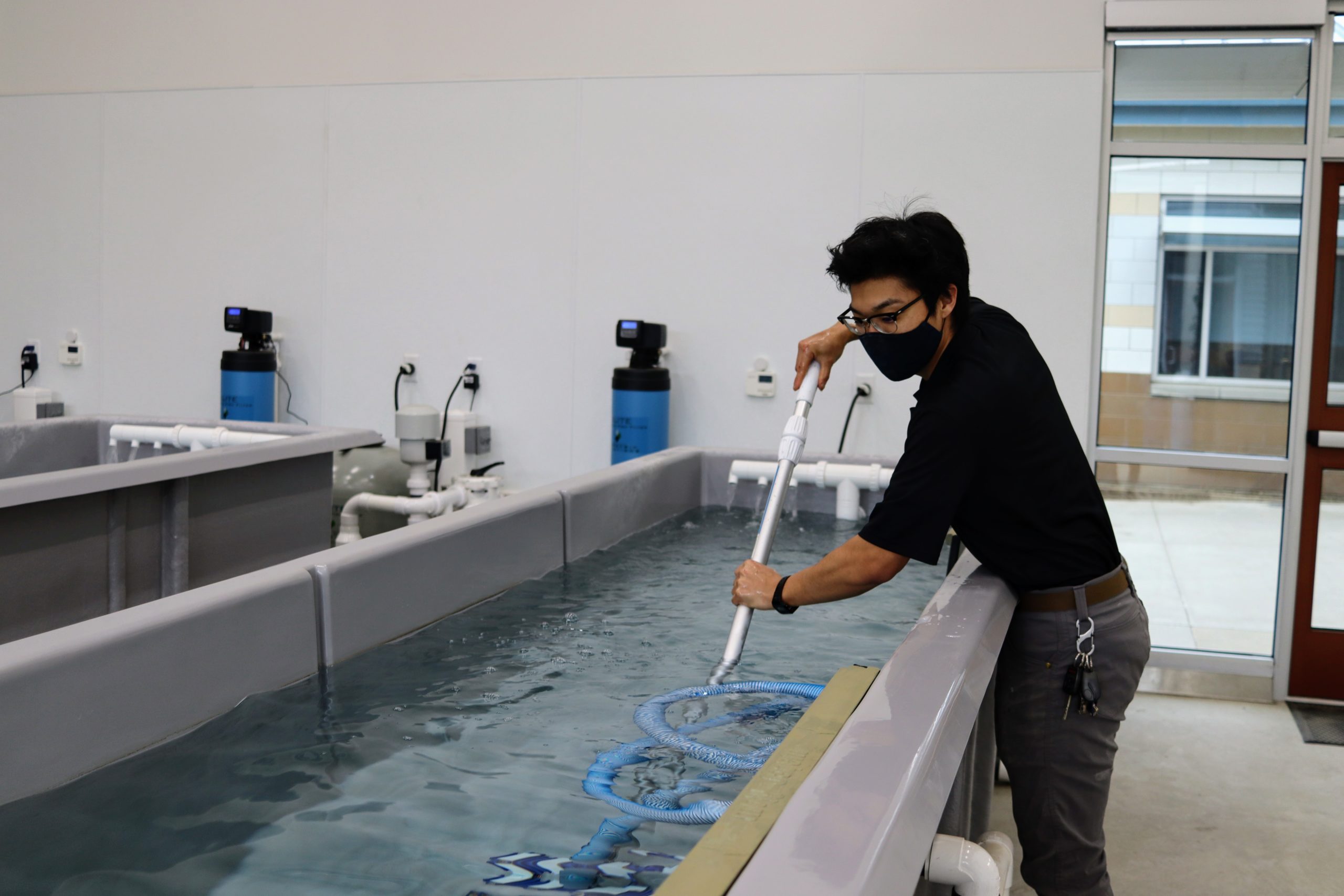 While these are impressive changes for the District’s mosquitofish program, there are plans for even more exciting program improvements in the future. There is a plan to grow beneficial bacteria for the filtration systems over the next couple of years, followed by future plans to modify equipment in two stages. The first stage will involve calibrating the fish feeder system, tank modifications to target dead zones, and skimmer modifications to prevent mosquitofish from getting trapped. The second stage involves technological equipment modifications, which will include building custom Arduino-based sensors with a variety of probes to measure temperature, pH, light, salinity, conductivity, and oxygen to maintain adequate water quality in the tanks. Once all of the modifications are complete, the District will be able to conduct biological experiments to test mosquitofish stocking densities, diet, water parameters, and environmental factors to determine how each aspect affects mosquitofish development.